The Art Institute of Chicago announced that its renowned museum will celebrate its July 30 reopening to the public with free admission for all Illinois residents through Aug. 3.

The museum’s hours will be from noon to 8 pm on Thursday and Friday and 10 am to 6 pm on Saturday, Sunday, and Monday. Furthermore, the first hour of every day will be reserved for members only.

“The Art Institute will remain at the forefront in its response to evolving civic and environmental circumstances impacting the community,” said a museum statement. “Changes have been implemented to ensure the collective well-being of staff and visitors while providing the well-known experience of excellence, trust, and care expected of the museum.”

The exhibition currently on view at the museum is “El Greco: Ambition and Defiance.” The El Greco exhibition was on view for only a week before the museum had to close. The exhibit will be on display through October 19.

This exhibition highlights more than 57 works by the artist known simply known as El Greco. Born in 1541 on the island of Crete, Domenikos Theotokopoulos (aka El Greco), was trained in the tradition of Byzantine religious icon painting.

El Greco (Italian for “the Greek”) moved to Venice in 1567 to learn new artistic styles and techniques, thus immersing himself in Venetian Renaissance painting. El Greco subsequently traveled around both Spain and Italy, painting some of the most iconic and monumental religious works of the period.

Other Exhibits on Display at the Museum 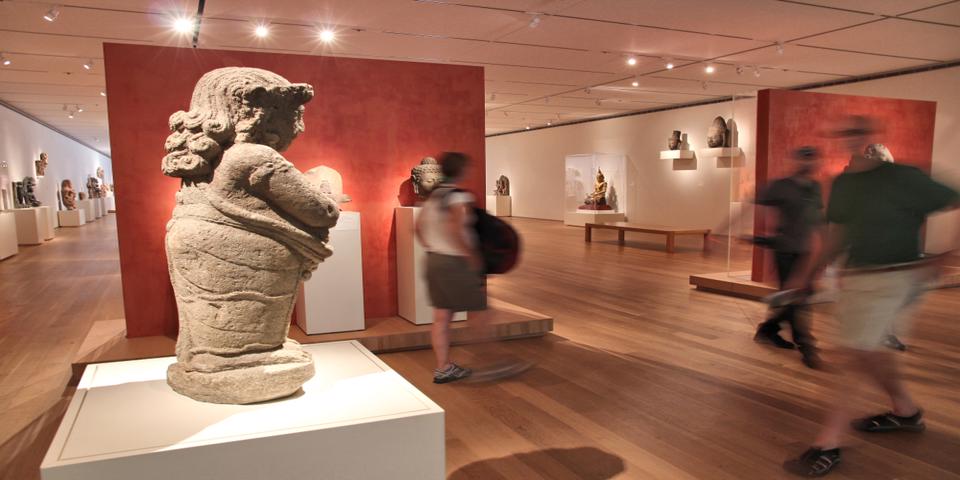 El Greco is not the only legendary, world artist on display at the Chicago Art Institute’s museum. Visitors can spend hours, enjoying the work of a wide variety of internationally acclaimed artists. Here are a few of the other exhibitions at the museum.

Malangatana developed his one-of-a-kind style early on; it’s an aesthetic dependent on densely packed phantasmagoric figures of humans, animals, and supernatural beings. His seminal work embodies the artistic vision that arose in Mozambique alongside the country’s struggle for independence.

Bauhaus Chicago: Design in the City

In 1933, the Nazi party shut down the renowned art and design school known as Bauhaus. While Bauhaus’ progressive design and innovative synthesis of technology, crafts, and art seemed dead, several of the school’s most notable designers left Europe and moved to Chicago.

These progressive designers of the 1930s not only introduced the Bauhaus’s avant-garde sensibilities to the Midwest, but also transformed the region’s urban spaces.

Toulouse-Lautrec and the Celebrity Culture of Paris

The Paris neighborhood of Montmarte was renowned for its cabarets and colorful nightlife in the late 19th century. Henri de Toulouse-Lautrec made a career portraying the colorful personalities and celebrities of that hallowed time using the new medium of large-scale posters.

Lautrec’s cutting-edge lithographs were actually used around Paris to advertise the legendary cabarets of that transitional and romantic time.

Noda Tetsuya: My Life in Print

In the late 1960s, this Japanese artist began a series of prints capturing both the large and small moments of his life.

Tetsuya begins with a photograph, painstakingly manipulating it in various ways. The final result is an image that feels both hauntingly familiar and eerily disconnected. Tetsuya is a master of capturing both the faults of memory and the impermanency of time.

A new generation of artists emerged in the 1890s, coming of age after the innovations of Impressionism. Unified by close friendships, many of these artists ultimately became known as Intimists. In contrast to the Impressionists, who often painted gardens, landscapes or city scenes, the Intimists focused on intimate interior scenes, experimenting with form, color, patterns, and atmosphere.

How To Be A Tourist In Chicago

31 Best Thriller and Suspense Books of All Time

Navy Pier Moves Ahead with Outdoor Concerts and Movies This Summer