Band of Bohemia Closes Temporarily Due to Employee Complaints on Instagram

Band of Bohemia, a local Michelin one-star restaurant, has issued a public apology and temporarily closed its doors; the move is in response to online accusations of mismanaging the COVID-19 pandemic and fostering a hostile workplace, leading to the restaurant’s executive chef quitting.

Band of Bohemia is the country’s only Michelin-starred brewpub and one of only just two in the world. The restaurant has been awarded one Michelin star yearly since 2016. Michelin stars are considered an earmark of fine dining by both restaurant patrons and the world’s top chefs. The stars are not easily earned and only awarded to the best restaurants.

One Michelin star means the restaurant is considered very good, with a quality menu consistently prepared to a high standard.

The Source of the Band of Bohemia Controversy

Following a week-long campaign of criticism on social media, on June 29, Band of Bohemia posted on its Instagram account that the restaurant had “spent the last week reflecting on who we are as a company, but more importantly as human beings.”

“We have decided to close our doors for the next few weeks to reflect on our faults, our deaf ears, learn, as well as the feelings of anyone who we have caused harm,” the restaurant said.

“It was not our intention to come to this path, but as the voices have said, we must find a way into a new era of how we focus and run our restaurant. We hear from you. We have listened. We will continue our conversation on how we will change and how to forge a new path forward.”

Former executive chef Soo Ahn, was only hired by the restaurant in January 2019. However, Ahn left in May after disagreeing with the restaurant’s owners, Craig Sindelar and Michael Carroll, about how to open a shutdown-compliant to-go service, as well as the general treatment of workers.

Band of Bohemia’s temporary closure is one of the more dramatic steps taken by a local restaurant amid a flurry of complaints. Dozens of Chicago area restaurants have been targeted with Black Lives Matter-inspired criticism of racism, sexism, and abusive workplace culture. The targeted restaurants include Honey Butter Fried Chicken, Super Fat Rice Mart, and Kuma’s Corner. Some restaurants, such as Super Fat Rice Mart and Honey Butter Fried Chicken, have taken a knee to the criticism and pledged to get in line. Others have remained silent.

Critics claim the issues are deeply rooted but came to light due to the Black Lives Matter movement as well as opposition to President Trump’s administration.

Band of Bohemia is one of the few restaurants to temporarily close due to a social media mob. However, last month Nini’s Deli was shut down permanently after being targeted with intense criticism for criticizing Black Lives Matter, as well as comments labeled as homophobic.

Anonymous criticism of Band of Bohemia began on June 21 on the @the86dlist Instagram account; the Black Lives Matter-aligned account has gained a following of 19.2K since its first post on June 5. The goal of the86dlist is to expose alleged restaurant transgressions.

Disgruntled Employees at Band of Bohemia

Several recent restaurant employees have publicly spoken out about what they feel were negative experiences working at the restaurant.

Among those is former executive chef SooAhn, who stated the restaurant’s treatment of its workers during the shutdown prompted his quitting in early June, just as the restaurant was poised to open for takeout.

“After seeing how they dealt with the pandemic, and as owners and leaders of the restaurant and having many people under them, they showed their true colors and where their heart is,” Ahn said.

The wide-ranging criticisms of Band of Bohemia date back to claims that the owners failed to seriously address complaints of inappropriate behavior by Ian Davis toward women; Davis served as the executive chef before Ahn.

Co-owner Michael Carroll said that he “actively investigated all accusations that came to their attention,” but couldn’t point to specifics “for the benefit of both the accusers and the accused.”

Former Band of Bohemia executive chef Davis worked for the restaurant from July 2017 through New Year’s Eve 2018. At the time of his leaving, it was reported that Davis quit due to artistic differences; co-owner Sindelar has stated that the restaurant didn’t “want to lose any of our concept of what Band of Bohemia is, and Davis was looking for something different.”

A month after Davis’ departure, Carroll stated that he did not unsuspect Davis’ alleged behavior, other than a complaint from a different female employee in 2017. Carroll could not confirm those allegations.

On Instagram, the @the86dlist account, dug up that 2017 complaint, as well as anonymous claims that Sindelar and Carroll didn’t take the complaints about Davis’ behavior seriously before he left their employment.

Jason Burse had worked at Band of Bohemia from August 2017 until the COVID-19 shutdown as a food runner, expediter, and a captain. He says he has had “at least five conversations” about Davis with Sindelar and Carroll about Davis while he was still working there. Burse said he was not aware of any investigations.

Burse also though that when Davis left Band of Bohemia, “For a moment it seemed things would get better, but they only got worse.” Rather, Burse claims that Carroll and Sindelar blamed the staff for not coming to them sooner about Davis’ behavior.

Band of Bohemia’s former bar manager Stephan Jurgovan also spoke out against the restaurant, posting on Instagram that he was “absolutely disgusted” by what he learned since @the86dlist began posting about the restaurant.

However, Jurgovan says his experience working at Band of Bohemia was mostly positive and described Sindelar and Carroll as onetime friends.

But after talking with a few former employees of Band of Bohemia, he thinks that Sindelar and Carroll ”100% knew about all about Davis but played dumb.”

Jurgovan also supports the anonymous conversation taking place on social media; he believes its a way to protect the accusers from making the allegations, who sometimes don’t speak up out of fear of being ostracized.

“I know a lot of people see things like this and consider it ‘cancel culture’ and as a way to anonymously drag someone’s name through the mud. But I think it’s the only way for some people who are victims to speak out. So many people have fallen victims to these things working in restaurants and have had their voice silenced for different reasons,” said Jurgovan. “They’re afraid to be publicly humiliated and that no one will believe them. Or, they worry they won’t be able to get a job somewhere else in the restaurant industry.” 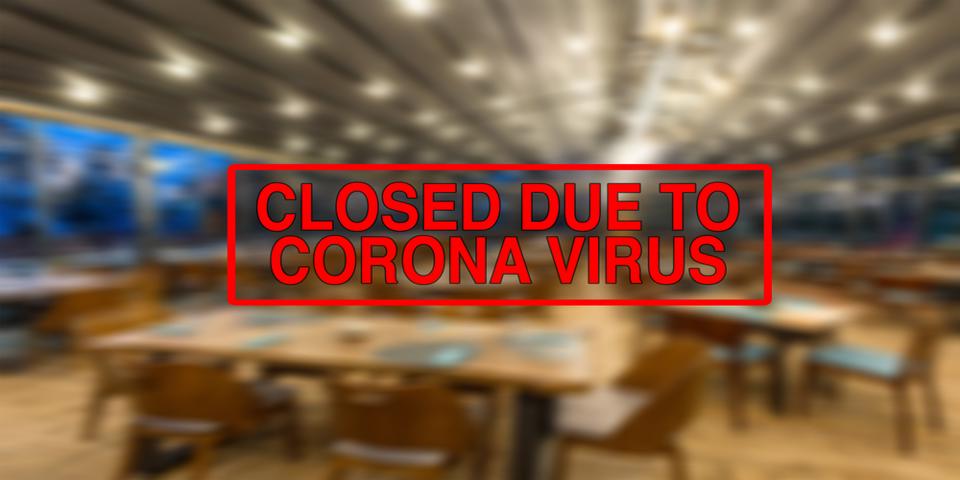 For some employees, including former executive chef Ahn, the final straw was the restaurant’s response to the COVID-19 shutdowns.

Although Band of Bohemia gave its workers the food that couldn’t be sold, Ahn says that the restaurant disappointed him.

For one, Ahn said that he felt the owners were cagey about distributing the money from a GoFundMe campaign to support the restaurant’s workers. TheGoFundMe netted $111 for each employee by early April, but the money remained in the account and the restaurant wouldn’t disburse it, Ahn said. However, when the @the86dlist Instagram account publicized the matter, the restaurant’s employees were each given an additional $156. The GoFundMe generated almost $5,400 before being disabled.

However, Carroll said that the allegations of withholding the money were “not correct.”

“We actually sent our staff a breakdown of every dollar that was received and distributed to our workers, including screenshots from the GoFundMe website,” he said.

Ahn also claims that the restaurant staff were asked to work for free while collecting unemployment as Band of Bohemia worked to open its to-go service. Ahn claims they were told they would be paid $500 a week retroactively some time in the future if the restaurant was able to reopen for indoor dining.

Carroll says the allegation that they attempted to bring back employees without pay is “not correct.”

“We believe that we have followed every law regarding unemployment benefits,” Carroll said.

Ahn said, “It was weird to say at the moment I was trying to help them out as much as I could, and making sure that cooks had a safe place to work.”

Carroll called that claim “not correct.”

Ahn said Sindelar and Carroll also objected when he asked the restaurant to establish working hours when reopening during the shutdown and to provide masks for the kitchen staff.

Carroll said they “had all of the necessary PPE for every employee returning to work.” He also pointed out that setting firm hours could not happen, due to the uncertainty of reopening.

“Being a Michelin-starred restaurant, our concept has to be unique,” Carroll said. “We were unsure of the exact concept, such as meal kits or curbside pickup with ready-to-eat foods, which in turn meant we couldn’t establish firm hours for any to-go service.”

Band of Bohemia finally settled on salmon, duck, or vegetarian “picnic packs,” ranging in price from $36 to $48 which would feed one to two people. Ahn had opposed this idea.

Unable to agree on the reopening plan, Ahn said, Sindelar and Carroll ended the conversation, saying they had nothing more to discuss.

Ahn said, a day later, he received an email saying that Band of Bohemia would continue without him. Ahn said, two and a half weeks later, when the restaurant’s to-go business was off the ground, Sindelar called him. As Ahn characterizes it, Sindelar was “being cordial and weird as if nothing happened, saying, ‘We’d love to have you back on but we can’t afford you.‘”

Ahn is not interested in working at the restaurant, and, he said, it was he who was responsible for one of the first @the86dlist posts criticizing Band of Bohemia.

Best Romanian Restaurants in Chicagoland (We’ve Tried Them All!)