Want to share in something as unique as adult puppetry, while enjoying wonderful food and exquisite drinks, all in a beautiful outdoor setting, while supporting one of the most original arts ensembles in the country and easily observing COVID health precautions?

Then make sure you join master puppeteer Blair Thomas and the Chicago International Puppet Theatre Festival as they embark on their Living Room Tour from October 1 to 4 this year. The Living Room Tour will be hosted in four beautiful outdoor venues in Chicago, suburban Glencoe, and Lake Geneva, Wisconsin. Each performance brings together contemporary puppetry and unique food and drinks for an otherworldly experience that benefits the Chicago International Puppet Theatre Festival.

Each of the four performances for the Chicago International Puppet Theatre Festival’s Living Room Tour feature two different shows: “Sounding the Resonant Path” and “I Am the Bear.”

A new work created by Perry Yung, Tom Lee, and their special guests, this story explores the spiritual connection between human and nature, as an artist encounters growing bamboo and discovers how the harvest is turned into a flute and a puppet. Featuring elements of Japanese kuruma ningyo puppetry as well as illuminated shadow scrolls, the wordless performance is accompanied by taiko drums, shamisen, and shakuhachi flute.

Jerrell L. Henderson has created a contemporary and thoughtful look at modern policing techniques, a timely commentary that is sure to hold you riveted. Henderson is a director, puppeteer, and assistant professor of performance studies at Chicago State University.

Because this year’s Living Room Tour will be outdoors, COVID-19 protocols are in place: each performance will have limited socially distanced seating; you are asked to wear a face mask while attending except when sitting to eat or drink; mingling is encouraged but with masks and social distance guidelines. 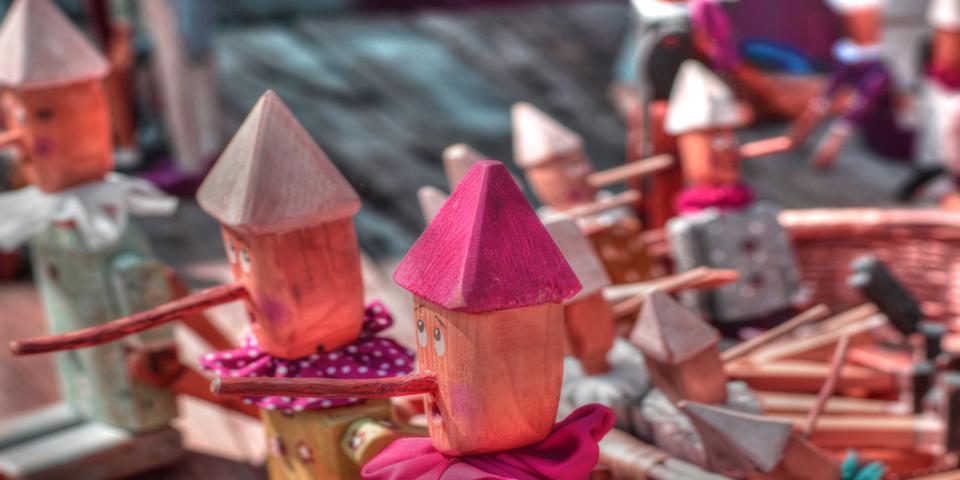 The four performances of the Living Room Tour benefit the Chicago International Puppet Theater Festival, which promotes this ancient art in a contemporary form. Working to cultivate imaginations with puppetry and to establish Chicago as a cultural center for puppetry, the Chicago International Puppet Festival is a non-profit organization that uses funds from their performances to fund future activities of the group. Renowned for its work in and beyond Chicago, the organization has been at the forefront of creating and bringing to the public the rich tapestry of art, performance, and human endeavor in puppetry.

A ticket to any performance is $150, and includes wine, beer, supper, the performance, and light dessert. Consider becoming a benefactor to the puppet theatre festival to help underwrite the work it does throughout the year, and you can purchase tickets at $250 per performance and receive a special goodie bag after the performance in addition to all the other features enjoyed by regular ticket holders.

The event schedule for the Chicago International Puppet Festival’s 2020 fall Living Room Tour is as follows:

Hosted by Nina and Steve Schroeder in a vintage Tudor private outdoor garden located in north suburban Glencoe. The event begins at 5:15 PM.

Hosted by Paul Levy and Mia Park and Co-hosted by Elizabeth Basile, this performance will take place in a sleek, new event space designed for meetings and celebrations on the North Branch of the Chicago River. The facility is called Rockwell on the River and is in Chicago’s Avondale neighborhood. The event begins at 5:15 PM.

In the event of rain, a rain check will be offered for the following performance on Saturday.

Hosted by Blair Thomas and Shari Doyel and co-hosted by Jackie Zydeck and Ted Phillips, this performance takes place outside of Lake Geneva, Wisconsin. The venue is a rustic dairy barn on an organic farm that has been transformed into a puppet studio. This event starts at 4:30 PM.

If it rains, the event will be moved into a large indoor space located at the same location.

Hosted by Blair Thomas and Sheri Doyel and co-hosted by Maureen Mizwicki, Kim Ohms, and Joe Novelli. This performance, set to begin at 11:30 AM, will take place at a dairy barn on an organic farm that has been transformed into a puppet studio. The venue is located outside of Lake Geneva, Wisconsin.

In the event of rain, the performance will be moved into a large indoor space located at the same location. 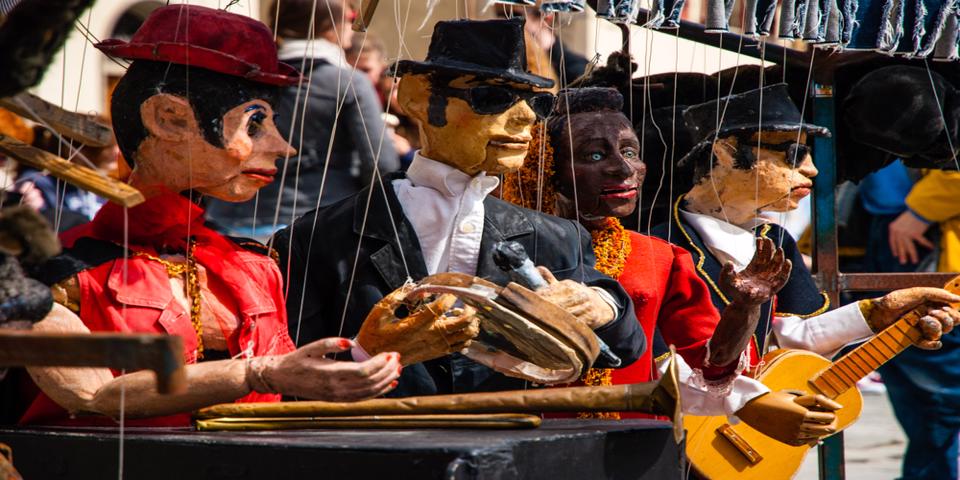 Established from three different puppet performance festivals, the Chicago International Puppet Festival has hosted three multi-week citywide festivals since 2015. They have become the largest festival of its kind in North America and have attracted as many as 14,000 people to the performances. The group has hosted Spring and Fall Living Room Tours since Fall 2017. The festival chooses venues of various sizes in and around Chicago to highlight specific neighborhood features and often uses them as backdrops or stages for the performances. The Living Room Tour Committee has four co-chairs who are joined by 35 committee members who work tirelessly to organize the events, securing venues, and selecting food and beverage services.

The group is not only focused on these performances. Another way in which the Chicago International Puppet Festival uses puppetry is through their very popular Puppet-Gram service. It’s a lot like a singing telegram but features a Pop-Up Puppet-Gram where puppetry is delivered to whoever you wish to receive it. The person you are sending the Puppet-Gram to receives a short performance of between five and eight-minutes which will give them some joy as they stay self-isolated due to COVID. The cost of a Puppet-Gram is $75 and social distancing protocols are strictly followed. Puppeteer Mark Blashford is the performer and has attended many yards, lobbies, front porches, and front steps since the Puppet-Gram program was launched.

How You Can Support the Work of the Chicago Puppet Festival

Your support helps the Chicago International Puppet Festival continue its astonishing and vibrant work throughout the nation. You can help them bring puppetry to people by attending a performance or by donating directly to the organization through its website. You can keep up to date on their activities through one of their many social media feeds including Facebook, Instagram, and Twitter. The offices of the Chicago International Puppet Festival are in Chicago’s historic Fine Arts Building at 410 S Michigan Avenue, considered by many to be the birthplace of contemporary puppetry.

CBD Oil in Illinois: All You Need To Know

Xurro Factory Chicago Review: A Churro Like No Other