Going Out
1 month ago
by Ann Holmes
0 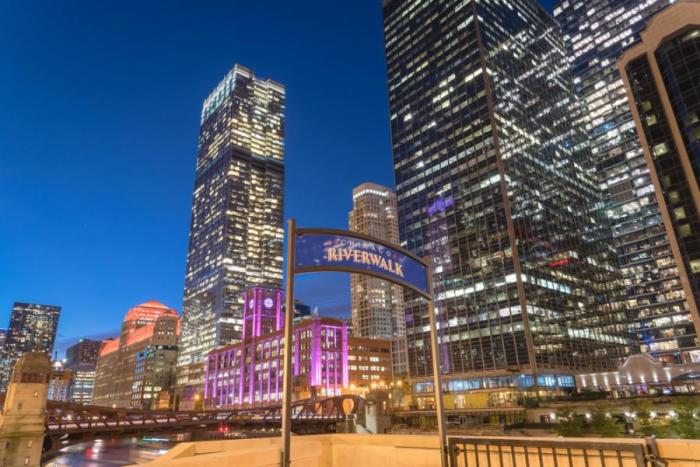 Chicago has had a great 2019 and is ready to fly into 2020, according to studies. The city’s tourism figures had already reached an all-time 2018 high of 58 million, and things have only been on the up since then.

Chicago’s hotels also proved to be among the very best last year, when two of the city’s properties made the top five in U.S. News and World Report’s annual rankings. The Peninsula Chicago came in at number 2, while the city’s Four Seasons Hotel placed fifth–these placings representing an exceptional win for the city.

Those aren’t the only hotels doing well in the sector, either. The Langham Chicago, found at 330 N. Wabash Ave, was the only midwest property to place on the 2020 Gold List which celebrates the best hotels and resorts in the world.

The hotel describes itself as ‘an award-winning Forbes Travel Guide Five-Star Hotel with understated elegance in the heart of cosmopolitan Chicago.’

READ
6 New Restaurants to Hit In Chicago this March

It doesn’t stop there, either; there are yet more venues in the city that we think deserve a mention for being some of the very best hotels in Chicago. This year, Staypineapple Hotel, Hotel EMC2, and The Hoxton all made our special mentions.

B&B’s proved to rank highly in the city, too, with Galena’s Jail Hill Inn being voted the best B&B in the country and the second-best in the world last year, in Trip Advisor’s Traveler’s Choice hotel awards. The inn describes itself as offering ‘gracious lodging for a perfect getaway’, adding that the 135-year-old, 4-story brick building has been lovingly transformed into a premier B&B.

Chicago also ranks as the best metropolis for staycations as voted by HotelTonight, followed by New York City, Detroit, Houston, and Phoenix.

And we can’t forget about the special bars that turn hotel stays into experiences. Forbes’ 2019 Travel Guide revealed Chicago is home to some of the very best hotel bars, with the sixth-floor lounge that is Peninsula Chicago’s Z Bar coming out right on top.

On the hotel’s website, the Z Bar is labeled as ‘Chicago’s most exquisite rooftop lounge’ thanks to its innovative hand-crafted cocktails, and cuisine showcasing bold flavors from around the world. It adds: “Included in the Forbes Travel Guide Verified List of World’s Best Hotel Bars for 2019, Z Bar embodies the jet-setter’s search for surprise, adventure and, yes, a taste of luxury.”

As if these bars are not enough, Second City opened its brand-new rooftop bar in 2019 in collaboration with Fifty/50 Restaurant Group. Utopian Tailgate offers the perfect chance for guests to enjoy a late-night cocktail overlooking the city.

Skydeck Chicago at Willis Tower also offers a phenomenal view, making it to number 9 on TripAdvisor’s top ten list of attractions, a venue that only just missed out on a place on our own list of Chicago’s best rooftop bars. The 1,353-foot-high observation deck is also the city’s tallest skyscraper.

Then, we simply can’t forget we also spotted some of our old favorites coming back into action in 2019. Following closure in May due to a lease dispute, the Hubbard Inn announced a return last October and resurfaced with a whole new look, after undergoing months of renovations. The bar once known for its dance scene returned with a much classier vibe, focusing on high-end drinks and laid-back experience for customers.

Speaking of classy vibes, we should definitely also talk about our unveiling of Chicago’s Bamboo Room, found in the back of Tiki bar Three Dots and a Dash. The gorgeous 22-seater bar works on a reservation-and-deposit system only, and it’s clear to see why with its delicious, high-end cocktail offerings.

We’re sure you will agree, Chicago is simply a great place to be. Let’s drink to that!

Justin Bieber Due to Revisit Chicago