Home » Business » What You Should Know About Illinois Weed Prices
Business

What You Should Know About Illinois Weed Prices

Are you surprised with the high price of weed in Illinois?

Illinois weed prices sit at an average of $16 per gram which are some of the highest in the United states. It’s true, local dispensaries are allowed to sell weed for medicinal and recreational use but the price is something which many people struggle to understand.

According to officials in the industry, the price of weed will drop when supply and demand even out. In other words, limited supply and outsized demand mean that costs are higher than normal and then there’s the issue of weed taxes in Illinois. That is to say, weed tax is especially high in Illinois which further inflates the cost of weed.

The truth is, some users continue to use their local street dealer instead of the dispensaries. It’s illegal of course but certainly a lot cheaper than over-the-counter.

But before we dive into the taxes, let’s look closer at Illinois weed prices:

Counting the Cost of Weed Prices in Illinois

Although the average price of weed is $16 per gram, this does little to explain the difference in prices you can expect in Chicago. For example, the cost of weed for recreational use is higher than medicinal use and dispensaries are more expensive than on the street or black market. Specialized marijuana dispensaries might also start cropping up in the near future but it’s anyone’s guess in terms of the prices that we might expect to see. Here is a quick rundown to showcase this difference:

Weed for Medical Reasons in a Local Dispensary – $15 per gram

Weed for Recreational Use in a Local Dispensary – $21

As you can see, there is a gulf in difference between the cost of weed on the street compared to the price in a local dispensary. In fact, this price is almost double in a dispensary than what a regular user might find with their local street dealer.

But local dispensaries are already asking users to deploy patience and wait for prices to come back down again. As already mentioned, this should happen when the supply is equal or more than demand and when the market stabilizes in the coming years. It should also go without saying that purchasing weed on the street is illegal and you just never know what ingredients this weed might contain.

Now, let’s consider the important role of taxes for the price of weed in Illinois:

The Issue of High Weed Taxes in the State of Illinois 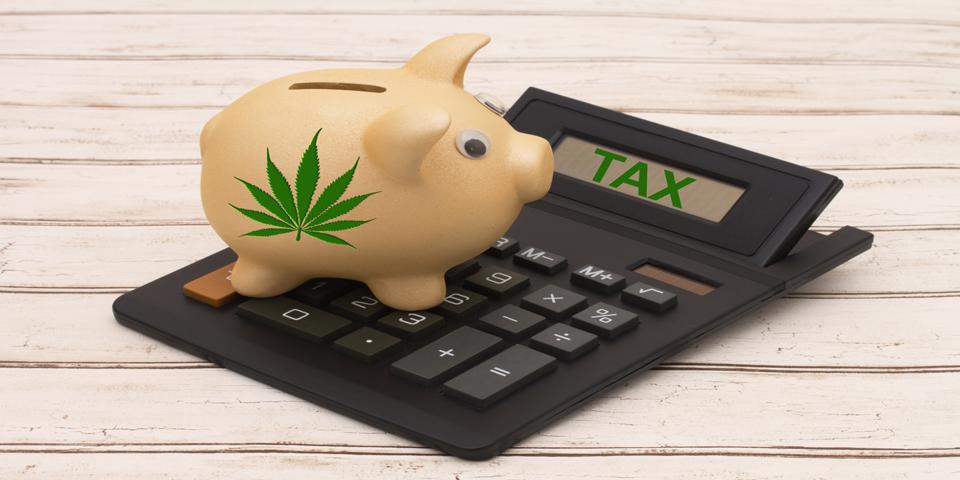 When Illinois decided to legalize weed, producers and retailers knew that tax would play a major role in the pricing of weed. Although it was expected, there was no way of knowing that cannabis-related taxes would be so incredibly steep and common.

When you buy weed in Illinois, there is a series of heavy taxes involved. Weed is taxed based on the potency of the product and this is measured by the extent of THC. More specifically, weed with less than 35% THC is subject to 10% tax and anything above 35% is taxed at 25%. Meanwhile, any cannabis infused products are taxed at 20% and this refers to anything from chocolate and honey to bath bombs and dog treats. Whether it came to the local weed store or a cannabis themed sandwich chain, these taxes applied to each and every cannabis related product that went on sale in Illinois.

What’s more, there are also state and local taxes which add another 10.25% onto the price of weed in Illinois. And as if that wasn’t enough, a new cannabis tax of 3% will come into effect just a few months from now and there are no exceptions to the rule.

If you add up these taxes, you should find that a THC product at a dispensary in Illinois will be taxed more than 35% and this will rise to 41%+ with the new cannabis tax.

We will now move on from taxes and talk about the state of the market. Aside from weed taxes, logistics and demand will dictate just as much about the price of weed.

But Why is the Demand so Much Higher Than Supply?

The weed market in Illinois is simply not ready for this new and growing medical marijuana market. While patients in other states need to acquire a medical card for a health condition like insomnia or anxiety, the conditions are less stringent for patients in Illinois that want to obtain weed. This means that medicinal weed is easy to get in Illinois but the supply is unable to keep up with the speed of this demand.

It’s also a case that the demand for recreational weed is too high for the supply. It’s true that smoking weed was banned by many hotels etc but this move did little to impede the rising demand for weed. Here’s another factor that keeps the price of weed so high:

You will find less than two dozen weed cultivators in Illinois which means that most weed is important from other states. Expanding operations to cater for this demand will also take time which means that these cultivators can set prices a lot higher than normal. Importing from Colorado or Washington is the only solution to sustain a reasonable flow of product and this is unlikely to change anytime soon.

With these high prices in mind, it’s likely that street dealers will also remain in demand for some time to come. Once again, buying or selling on the street is not allowed and while the black market might also remain, this is something that will always be illegal.

In case you might not know, legalizing marijuana as a process began just twenty years ago. Until that time, there were heavy fines for cannabis related activities so the decriminalization of marijuana is very recent to say the least.

More About the Price of Weed in Illinois 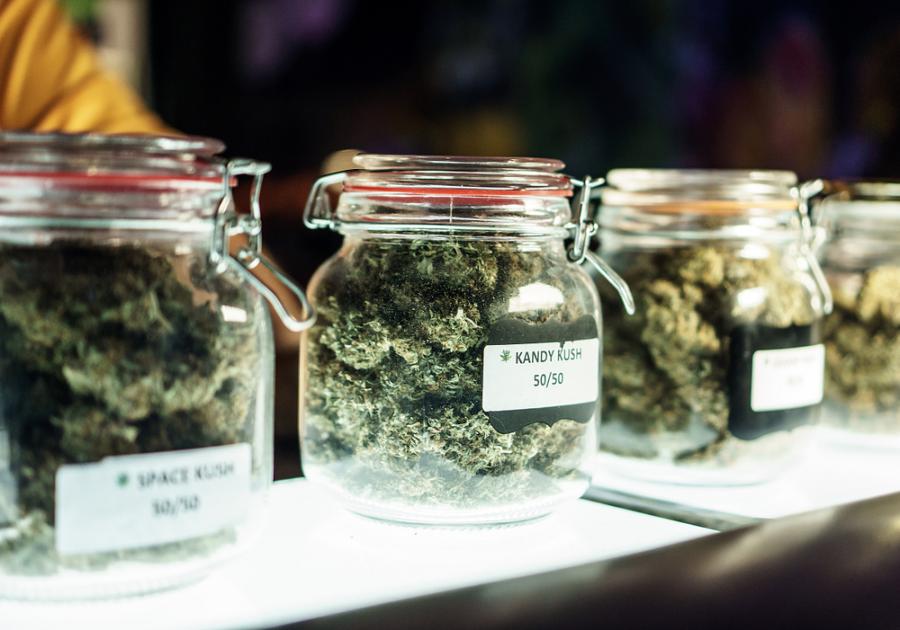 It’s hard to put a timeline on the rise or fall of Illinois weed prices. However, we can look to Washington and Colorado for a better idea, for both legalized weed over eight years ago. In Washington, weed is selling at an average of $28 for an eight in dispensaries but just $21 on the street. Meanwhile, a local dispensary in Colorado sells an eight of weed for $31, while a street dealer offers the same for just $26. If you consider that an eight in Chicago currently goes for $56, you should notice the highly inflated Illinois weed prices.

But Illinois is a hot topic in the world of weed, for it might not be the first state to legalize weed but this is certainly one of the most progressive. You can carry as much as 30 grams of weed but any-more is enough to put yourself on the wrong side of the law.

This is why it’s important to not only understand the side effects or implications of weed but also the laws around the substance. It’s legal to use and carry weed but only so much, and abuse of any substance is never a good thing. When it comes to the high prices involved, there is also the issue of dependence, for the last thing anyone wants is to wind up broke due to spending so much money on weed.

It’s really all about education and taking a common-sense approach to weed. For more information and useful resources in this respect, Weed Center is a popular website which curates educational content on everything weed-related.

The Future Price of Weed in Illinois

If we look at Colorado and Washington, we can also predict the weed market in Illinois will take approximately five years to mature. It’s all about businesses working within the law restrictions and people using the legal market as opposed to buying on the street. As producers and retailers expand, we should also see the price of weed come down somewhat and competition is usually enough to move beyond the necessary growing pains. Chicago is also without a dedicated fund when it comes to tax revenue but going forward, this may change and so too might the taxes associated with cannabis products.

On the other hand, we already know that taxes are here to stay and increased production is the only likely factor to bring the price of weed down for the folk in Illinois.

In the short to medium-term, the high price of weed might mean that dispensaries will be seen as a “luxury item” and only an option for those with something to celebrate or some money to spare. However, in the long term, we should see the price of weed in Illinois stabilise and the difference in price between street dealers and dispensaries become a thing of the past.

Is Kratom Legal in Illinois?