Kratom is sold in brick and mortar stores all across Chicago as local businesses begin adopting the extract at scale. For many, kratom is a herb, or a dietary supplement or even a cure. While to the FDA, kratom is a dangerous opioid that should not be sold or used anywhere in the United States, not to mention Chicago.
It would seem that for every warning from the FDA, there is a positive news story about the use of kratom in Chicago. There is also growing evidence that kratom can help improve the quality of sleep. People use kratom to relax, while many more use kratom products to relieve pain, stress and anxiety. What’s more, there is no conclusive study or findings to support these warnings from the FDA and only assumptions of suggestions at best.
But what does this mean exactly?
It means that kratom might not be proven to treat things like drug addiction or withdrawal from opioids but there is also no evidence to say that using kratom is harmful to a persons’ health. To the contrary, many residents in Chicago are already voicing their approval for kratom and the associated health benefits.
But rather than rely on testimonials alone, let’s start by looking at some facts:

How Kratom is Attracting the Interest of CBD Businesses 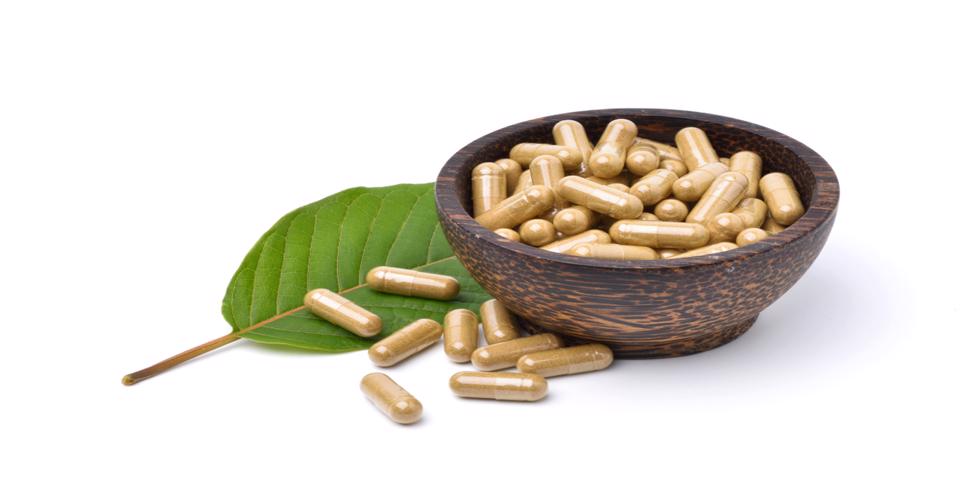 CBD is short for cannabidiol and this extract comes from hemp. As you may know, hemp is part of the cannabis family and this plant is legal in the United States. Due to the absence of tetrahydrocannabinol (THC), it’s not possible to get high from using CBD and this is often the first misconception that people have when it comes to CBD.

But what’s this got to do with kratom?

Well, for many CBD business owners, the current situation with kratom is very similar to what happened with cannabidiol in the past. CBD was once lauded as a dangerous substance or gateway to high class drugs until it was legalized just a couple of years ago. And while the FDA continues to raise concerns about kratom, ongoing studies are in progress which will ultimately decide the fate of kratom for medical or recreational use. In other words, there’s good reason to suggest that kratom will also be legalized.

In order to better understand this point, we need to consider the similarities between CBD and kratom. Kratom is a tree that grows in Malaysia, Indonesia and Thailand. The leaves of kratom have been used for centuries in traditional medicine and many growers also consume these leaves for the purpose of attaining a hit of energy. In this regard, kratom is a stimulant and one that you might compare to coffee rather than a hard drug of any kind. After all, kratom trees come from the coffee family and many locals in Asia also use these leaves to brew herbal tea. Although it’s sometimes grounded up like tobacco, kratom pills are also produced which are said to provide a boost of energy.
If you can see where this is going, kratom shares many rather normal similarities with CBD and even coffee. However, there is no denying that kratom can have opioid-like effects and there is also a good reason why the medical industry is paying so much attention to the potential benefits that can come about from using kratom.

And this is where the testimonials come into play…

Many users claim that kratom can help alleviate pain or discomfort, while combating the impact of stress, anxiety and depression. Health experts also identify kratom as a potential solution to the current opioid epidemic, and many drug users say that kratom was useful for the process of weaning their way off drugs. It’s not just one or two people who make these claims but rather thousands of regular users who do not abuse its use. 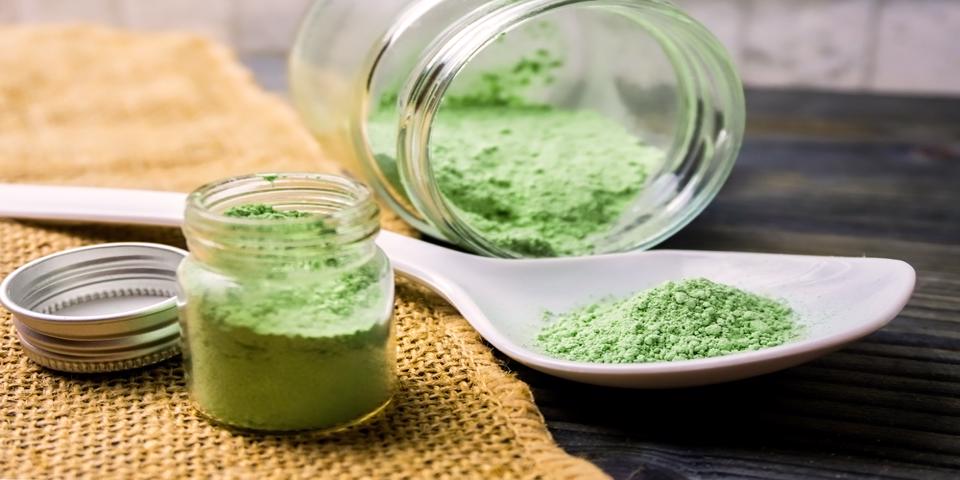 If you take a walk around Chicago, you will likely come across multiple brick and mortar shops that sell CBD products. These stores sell everything from CBD chocolates and vials to specialized coffee and a certain shopping experience that feels uber-trendy.

While some of these shops are reluctant to sell kratom-products, these were probably the same business owners that felt reluctant to go ahead with CBD. That is to say, CBD was once perceived in the same way as kratom and yet nobody blinks an eye today.

Given the meteoric rise of CBD, it’s also rather surprising that more business owners are not so eager to get involved. For those who jumped into CBD early on, the rewards were immense and this will certainly be true should the FDA legalize kratom in future.

At the same time, you must remember that some cities in Illinois have outlawed the use or possession of kratom. For this reason, any customers from these areas that buy kratom in Chicago should be warned of the potential implications. Now, that’s not to say this is the responsibility of the shop but rather a courtesy which is only fair to extend.

But not all is well in the world of kratom and this is certainly true for the FDA:

What Businesses Should Keep in Mind About Kratom 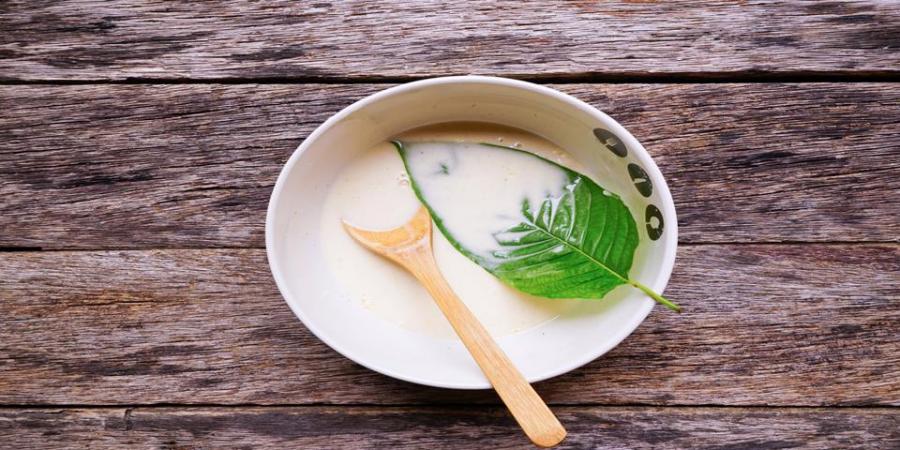 As mentioned, the FDA has warned the public against consuming kratom-related products. Initially, these warnings related to dangers from salmonella but members of congress insisted that kratom should be researched as an alternative to opioids. Just so you know, the FDA is mostly concerned that kratom has psychoactive properties. Some doctors also agree with this view in a sense that certain properties in kratom can impact nerves cells and act like a painkiller in much the same way as opioids.

The DEA has formed an opinion based on some of the above and the fact that kratom is believed to contain psychoactive properties. That is to say, doctors suggest that certain properties can act like painkillers and impact nerve cells in the same way as opioids. In other words, some doctors think that kratom might be a psychoactive inducing drug.

This also makes sense, for kratom is sometimes cited as an alternative to marijuana and even cocaine. While no evidence exists in this regard, the hit of energy and euphoric state associated with kratom suggest this path should be explored at the very least. For this reason, research is currently ongoing and any decisions surrounding the legality of kratom will likely wait until a verdict has been put forward by scientists.

Finally, it should be pointed out that some health experts suggest kratom might be an addictive substance and potential cause for future problems. Once again, there is no evidence available to support these claims but it’s something that will be talked about when the time comes and the necessary studies have been conducted.

The Popularity of Kratom for CBD Businesses in Chicago

For now, business owners should also remember the facts we mentioned above and think logically about the future of kratom as a medicinal and recreational substance.

Throughout time, humans have also used plant-based materials not only to eat, but also to deal with stress and treat diseases. We call them herbs in some cases and botanical remedies in others, but most of these plants are safe and accepted in society in general.

If we look to medical practices or pharmaceuticals, we also know that many patients prefer herbal remedies over mainstream medication. In fact, studies indicate more than 80% of people around the world already rely on herbal remedies for medical purposes.

It’s also important to look at why people are using kratom and remember that most users cite chronic pain or musculoskeletal conditions as the reason. It’s true that the efficacies of kratom are unproven just now but the wide utility and availability of kratom is another reason to have faith that only good will come from the results of clinical trials.

As you can see, the use of kratom is still in its infancy in Chicago but while many people are unfamiliar with the extract, time will surely change this. What’s more, kratom is legal in Chicago and readily available which suggests there is no reason not to stock kratom-related products for those who wish to buy them.

Before we get carried away, let’s acknowledge that kratom has potential to disrupt the performance of medication or other herbal remedies. Similarly, kratom is yet to be proven as safe or without long term side effects. But let us also be clear that herbal remedies have proven wildly successful in the past and with so many potential health benefits being linked to this tiny plant from Asia, it might be time for more businesses to give kratom a try – just like they did with CBD!

Everything You Need to Know About CBD Oil

The 17 Best Spice Grinders to Have in your Kitchen