CHICAGO — Due to the coronavirus crisis, the Old Town Art Fair has been canceled this year.

The Old Town Art Fair and its sponsoring organization, the Old Town Triangle Association, recently announced they are canceling the popular event that was scheduled for June 13-14.

“While a lot can change between now and June, we made the decision since feel it’s in the best interests of the visitors, our volunteers, the artists, and our neighbors,” Sasha Mayoras, art fair chair, said in a news release.

The Old Town Triangle Association will refund all booth fees to the 250 artists who planned to participate as soon as possible. The association will automatically re-invite every jury-selected 2020 artist to take participate next year.

The 2020 First Sight Fundraiser, scheduled for May 15 at the Chicago History Museum, also has been canceled.

The art fair and the association deliberated for weeks about every option they had short of canceling this year’s event. However, with the art fair’s many volunteers, the artists, some of whom travel from afar, the 30,000 visitors as well as the narrow residential streets in the Triangle District all led to the decision that canceling the event was the right thing to do.

The Old Town Triangle Association does not have any other events scheduled any time soon. However, the effort to support the association will continue for the coming year.

About the Old Town Art Fair

This is one of the oldest, continuously running art fairs in the country. Beginning in 1950, an event called “Old Town Holiday” was launched by the Old Town Triangle Association. Artists who lived in the area were invited to display their work; at that time, much of it was simply hung on fences. The association collected a twenty-five cent donation to raise money for improving the area’s living, working and recreational conditions.

In addition to hosting 250 jury-selected artists from across the US and Canada, the art fair also features live music, a garden walk, a children’s corner, and a food court.

What sets the Old Town Art Fair apart, is only fine art is accepted; the fair only allows original pieces made by the artists themselves. Crafts and reproductions are not allowed. The fair presents an inspiring array of 2D and 3D art, including paintings, mixed media, drawings, photography, ceramics, prints, glass, jewelry, fiber and works in stone, metal, and wood. 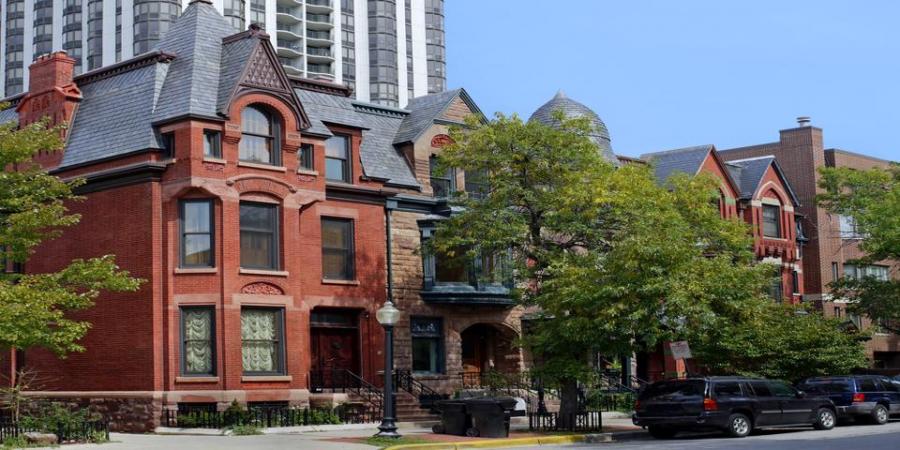 Old Town is where you will find many of Chicago’s Victorian-era buildings. The area was first settled in the 19th century, by German immigrants. The immigrants established farms on what had been swampland, planting potatoes, celery, and cabbage. For a long time, the area was simply called “The Cabbage Patch”.

Old Town is the location of the impressive St. Michael’s Church; the Roman Catholic church was built to serve the German community in 1852, and was one of the few buildings to survive the Great Chicago Fire.

The Old Town began to emerge as an arts colony in 1927, when sculptors Edgar Miller and Sol Kogen moved into a house on Burton Place, transforming it into the Carl Street Studios. Throughout the 1930s, artists continued to move into the area. In 1950, the first art fair, Old Town Holiday was launched.

The 1960s transformed the neighborhood into the center of the hippie counter culture for the entire Midwest region. Likewise, Old Town was the center of the Chicago folk music scene. Today, while the Old Town maintains its counter-culture character, south of North Avenue is increasingly gentrified.

You can stay up to date with the Old Town Arts Fair on their website.

The 3 Best Casinos Less Than An Hour Away From Chicago

Two sea otter pups have been rehomed at Shedd Aquarium