Three Little Village residents have initiated a class-action lawsuit against the property developer and demolition company responsible for a controlled demolition at a nearby abandoned coal power plant. That implosion resulted in a cloud of potentially toxic dust that covered the Southwest Side neighborhood.

The class-action suit was filed in the U.S. District Court for the Northern District of Illinois, naming contractor Controlled Demolition Inc. and Hilco Redevelopment LLC, as well as other companies as defendants. The lawsuit was filed on behalf of Jose Solis, Antonio Solis, and Juan Rangel, as well as any other resident of the Little Village neighborhood affected by the demolition.

The trouble began on April 11, when a smokestack at the Crawford Power Generating Station was imploded, resulting in a cloud of dust completely engulfing the surrounding neighborhood.

On that Saturday morning, a handful of curious onlookers wearing face masks gathered along the densely populated streets just a block away from the 95-year-old power plant, as a series of controlled detonations blasted the smoke stack out of existence. A cloud of dust quickly swept through the neighborhood, blocking the sun and dusting cars, lawns, houses and sidewalks and lawns like snow.

“Nothing was done to ensure that the smoke was confined to their property,” Ramirez-Mercado declared in a statement. “They did nothing to minimize the effect of this hazardous material. They did nothing to stop it flowing all over us and the area surrounding this plant.”

Alderman Michael Rodriguez, as well as the city, did issue an alert to residents one day before the demolition. The alert said, “the health and safety of both workers and the surrounding community are a priority.” And that, “extensive mitigation efforts and dust control during and after the implosion, including a variety of irrigation methods such as water cannons, water trucks, and direct transmission nebulization systems would be utilized.”

Kim Wasserman, executive director of the Little Village Environmental Justice Organization, made this statement, “We’re dealing with odds that are difficult for the people in our neighborhood who do get sick. When you consider the lack of health insurance for the people who’ve lost their jobs due to the statewide shutdown, they’ve lost their income and the can’t go to the doctor. Now, they have to worry about all kinds of heavy metals that could be coming into their homes through their window?” 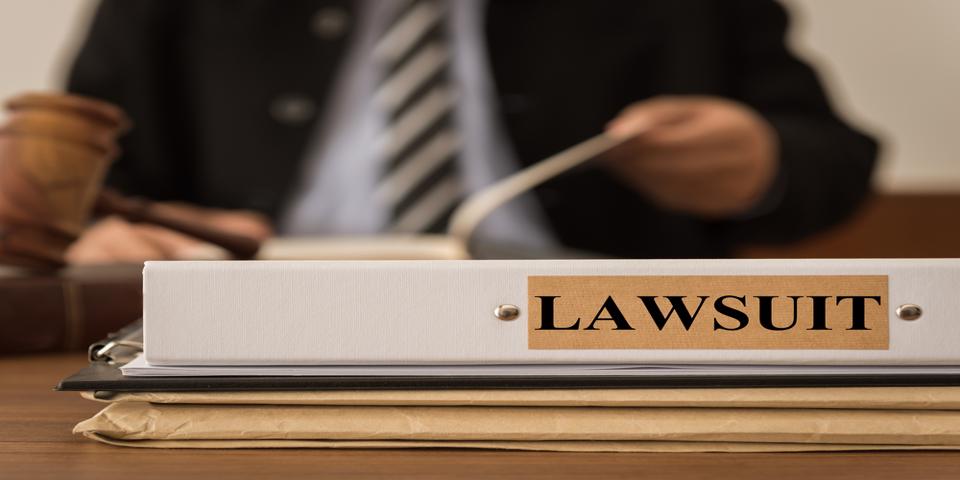 The federal suit filed by Loevy & Loevy Attorneys at Law claims that the demolition at the abandoned power plant caused “distress, nuisance, and property damage.” On top of that, the potential health effects caused by the dust are also cited in the lawsuit; the suit notes that chemicals used at the former power plant might cause respiratory issues and that some residents of Little Village have already fallen ill.

The plaintiffs are demanding that the companies clean up the neighborhood, including the homes, businesses, and public areas covered by the dust cloud. The lawsuit also demands that the defendants provide sampling and testing of the dust and air quality, as well as providing home air filters and particulate masks to neighborhood residents.

The defendants are charged with negligence in the 15-count lawsuit. Defendants include Hilco Redevelopment LLC, its subsidiaries, and the Maryland-based Controlled Demolition and the Michigan-based construction company MCM Management Corp.

In addition to pursuing $50,000 in monetary damages for each of the 10 counts of negligence, the lawsuit also calls for the defendants to provide medical monitoring; this includes diagnostic examinations and testing for the health effects that could result from exposure to the dust.

“We need to do testing on exactly what is in that dust,” Ramirez-Mercado said. “We don’t even know if we can go outside to shop for necessities with all of the dust that’s still covering our homes, yards, cars, and everything out there.”

Roberto Perez, Hilco CEO did state Little Village residents apologizing for the “anxiety and fear” resulting from the implosion.

Perez further stated that Hilco is “cooperating with the city of Chicago and all appropriate agencies.” Hilco will conduct a full review of the demolition while simultaneously coming up with a corrective action plan.