Business
1 week ago
by Ann Holmes
0 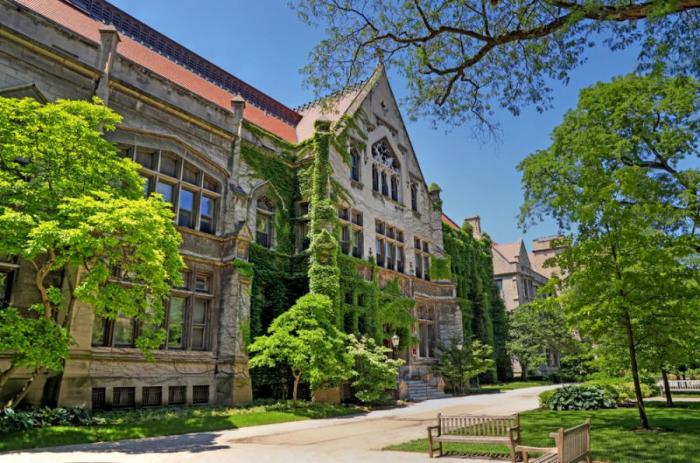 The University of Chicago is the new owner of the Jewel-Osco store in Woodlawn, which opened less than a year ago.

A venture connected to the University paid a huge $19.8 million for the grocery and drug store back in November, according to a deed filed with Cook County.

The store’s comeback in March at 61st Street and Cottage Grove Avenue saw the reintroduction of fresh produce and other healthy options to the dubbed ‘food desert’ South Side, while also providing more than 200 jobs.

The change started to generate a broader momentum in the neighborhood, giving the area a much-needed boost.

Woodlawn has also started to attract investors after suffering from years of declining population and decay.

In an email, university spokesman Jeremy Manier said that Jewel-Osco was ‘an important community asset and (we) decided to purchase the property to ensure that it remains locally controlled rather than going to a national buyer’.

He added: ‘The University is committed to making sure the store remains a valuable resource for the community, similar to other commercial properties that the university owns in the area.’

The university financed its acquisition underpinned by a $14.8 million loan from Beverly Bank & Trust, while brokerage Greenstone Partners arranged the sale. Further details of the transaction have not been released.

He added: “As this investment helps the market stabilize, it encourages other (businesses) to see Woodlawn as a place of opportunity.” Walker declined to get into the financial specifics of returns for investors, however.

He did, though, note the $19.8 million sale price fell short of its total $20m development cost.

The proposed Obama Presidential Center in Jackson Park on the east end of the neighborhood is also said to be giving Woodlawn a boost, aided by financial support from the Boston charity Preservation of Affordable Housing; this non-profit has invested heavily in the area, including support given to Woodlawn Station.

Since Mayor Lori Lightfoot announced she would prioritize equity in Chicago neighborhoods that had most suffered from disinvestment, Woodlawn has definitely been on the up.

Advocates of more affordable housing are now serving the City Council to better the situation at hand, new tax incentives helping both residential and commercial projects on the South and West sides to thrive.

The newly passed state capital bill is also thought to be giving the area a helping hand and could help to revamp public transport.

DL3, meanwhile, is best known for developing the Englewood Square shopping center but has been injecting much recent effort into a 72,000-square-foot office and retail building on the site of the Washington Park National Bank Building.

Other plans are also in development, including a proposed 42,000-square-foot building in the same area, containing a medical office space and fitness center.

Back in 2014, the University of Chicago purchased 26 properties on the South Side ahead of the Obama library decision, and over six years, it spent more than $18 million on acquiring properties in the Washington Park neighborhood, most sitting along Garfield Boulevard and Martin Luther King Drive.

These kinds of acquisitions, however, do bring a notable downside.

While the area seems to be thriving as a result, many people have concerns over the risk of potential gentrification that could push people out of their homes.

The rising cost of rent in the area has the potential to force the most vulnerable out, according to studies from DePaul University.