Chicago Among Most Polluted US Cities

An increasing number of individuals living in America are now residing in places that have unhealthy levels of air pollutions, which are potentially made worse by climate change.

A new study has found that Chicago has been experiencing an increase rate of ozone-polluted air. This makes Illinois the 18th most polluted state in the United States of America.

The air quality in Illinois is only getting worse and is putting residents at higher risks of developing serious conditions and illnesses, such as asthma and other lung-related problems which is harmful especially to children and the elderly population.

The State of the Air report by the American Lung Association 2019 found that Illinois had 14 ozone days that were considered “unhealthy” between the years 2015 to 2017. The report shows that there are a total of 12,802,023 residents of Illinois affected.

The results found from this report indicate that Illinois has the most recent comprehensive data on ozone pollution throughout America, making Chicago the 18th most polluted city in America. However, there is not enough data in the reports to evaluate the short-term effects of the pollution in Chicago. It only provides a big-picture of the city’s air quality. 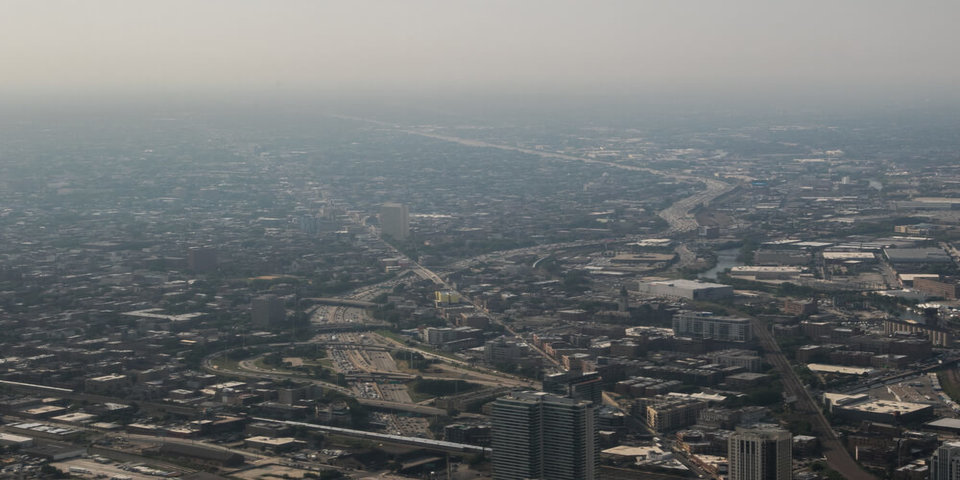 As temperatures continue to rise all around the globe, wildfires are getting worse and more smoke is entering the west, resulting in numerous warmer days throughout the year, especially in Chicago.

Chicago has been shown to have an average of 10 unhealthy ozone days, annually. Annual reports by The American Lung Association ranks countries by analyzing and evaluating two most widespread air pollutants. According to reports, data show exposure to two dangerous levels of air pollutants: ozone (also known as smog) pollution and particle pollution (also known as soot). High levels of these can increase risk of premature death and cause other health effects. Ozone pollution is emitted from sources, such as cars, refineries, and power plants.

From the years 2015-2017, Chicago has recorded low levels for both year-round and short-term particle pollutions. The State of the Air Report from 2018 by The American Lung Association gave Chicago an “F” grade for air pollution. This is a due to the increase of “unhealthy ozone pollution days” from 18 to 28. As a result, Chicago was named the country’s 22nd highest polluted city, and this number has now gone down to 18.

According to the national senior director for clean air initiatives for the American Lung Association, Angela Tin, “Chicago residents should be aware that we’re breathing unhealthy air, largely caused by hotter days and vehicle emissions, placing our health and lives at risk,” she says.

The warmer temperatures, due to climate change, cause ozone to form more quickly and ultimately becomes harder to clean up, creating high levels of exposure to the populations.

Angela Tin continues her statement, “When older adults or children with asthma breathe ozone-polluted air, too often they end up in the doctor’s office, the hospital or the emergency room” 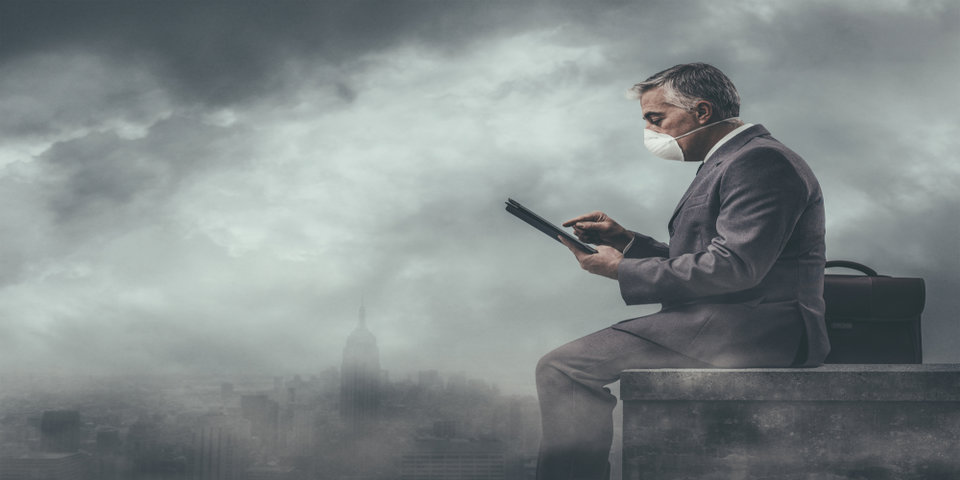 The State of Air 2019 report shows that there are more people in the United States that are living in areas that are unhealthy for them to breathe in. More than four in ten people, according to the report, live in areas that have high levels of ozone or particle pollution.

This number is on the rise due to the increase in climate change. Warmer weather creates long-term challenges when it comes to reducing harmful air pollution. Many individuals are at risk, solely due to their age. The report shows that around 20 million adults over the age of 65 and over 32 million children under the age of 18 that live in countries that received an “F” for at least one pollutant, including Illinois.

Ozone pollution is continuing to rise and has worsened in most of the nation. Out of the 25 most polluted cities in the United States, due to ozone pollution, 17 of the cities had a high number of ozone days. This could be due to the increased heat from 2017 which led to dangerous levels of ozone being formed.

When ozone is mixed with other chemicals, it can become highly dangerous for the human health, when inhaled. Once inhaled, it can enter the lungs and damage them, leading to lung-related illnesses such as asthma and even lung cancer.

Children and the elderly are at higher risks from exposure to ozone as their lungs are delicate, and are more prone to inhaling the toxic chemicals.

Overall, inhaling ozone can make it harder to breathe and leads to shortness of breath. It can also lead to coughing and cause damage to the airways, leading to lung diseases such as chronic bronchitis and chronic obstructive pulmonary disease (COPD).

With long-term exposure, it can create permanent lung damage so it essential that Illinois works on a solution to improve the air quality.

After the report was released, The American Lung Association continues to urge Congress to emphasize and protect the Clean Air Act which has now come under threat, as a result of the Trump administration.

“Ozone and air quality standards are simple, common-sense measures that are vital to our nation’s public health,” Lisa Madigan, Illinois Attorney General, states in a press release. “Rolling back these standards is shortsighted and dangerous.”

Even though there is an increase in unhealthy ozone days in Chicago, ozone pollution has decreased in other cities over the last decade. This is a result from reductions in major sources of ozone pollution, such as vehicles that emit ozone, and coal-fired power plants. But the rate at which the unhealthy ozone days are increasing in Chicago are alarming and precautions need to be taken as soon as possible to prevent a bigger problem from arising.

Best Daycares in Chicago in 2023