The Choir of Man came to Chicago for a breath of fresh air in the theatre – 9 men in a bar who can actually sing, not 15 who just think they can every time a Journey anthem blares through the speakers.

That’s right, for its very first US tour, the runaway hit of numerous international music festivals came to the windy city itself for 90 minutes of feel-good singing, dancing, stomping and pub crawling joy.

Before the show: what we experienced

We headed through the doors and were welcomed onto the newly transformed stage, or pub as it now resembles, for a free pint and a chat with the other guests.

This wasn’t a pub tarnished with avocado toast, espresso martinis and inoffensive small talk – this was a proper pub. One where laughs and experiences were shared – through the medium of music.

With the taste still fresh in your mouth and new acquaintances made, it was time to make our way down to our seats, ready for the concert to start.

Suddenly our surroundings felt different, we were at a concert again – just as we were settling into the new local pub. It was a weirdly warm, comfortable feeling that’s been carefully created by the team. 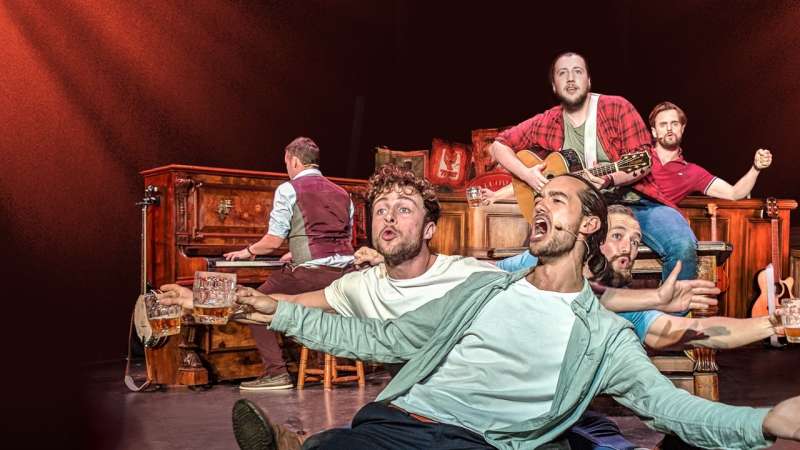 The 9-strong group took us on a journey and we didn’t only hear about the individuals within the play but got to experience the rapport and chemistry between members as they synchronously performed.

The narrator explained that the pub (The Jungle) in which the performance is set is unlike any we’re used to seeing. Where one may have a sports or darts team – this one has a choir. We were quickly immersed in their world and desperately wanted to learn more about the group that burst into their first song – ‘Welcome to the Jungle’, the Guns N’ Roses anthem. Pub accessories and tools became instruments and props and we got our very first taste of the choir.

The evening continued in a boisterous fashion with a long list of carefully curated songs to suit each of the characters vocal abilities. With audience participation and invitations onto the stage, there was a chance to be serenaded by the strapping 9.

On the night we attended, it was a rendition of Katy Perry’s ‘Teenage Dream’ that won over the heart of one lucky lady, much to the amusement of her family and friends in the front row.

During different points of the show, expect some of the men to drop into the audience to pass out beer, lead the clapping to a tune and join in the fun in the beer swigging merriment.

There’s dancing from the performers (and the audience if you’re brave enough) and with fun seemingly the focus of the evening – it’s a great time for all involved.

Although largely acapella, the show introduces a wide range of instruments.

Piano man, as the name suggests, tore into the keys through various songs, showing off his skills that only his voice could match (a cheery ‘Chinese bloke from Scotland’, as the narrator introduced him to the crowd).

The appearance of a uke, banjo, guitar and trumpet, among others, also got their share of the glory as the night continued – but the focus remains on the voices throughout.

As the show progressed, we witnessed more and more emotional turns with harmonies and heartfelt sorrows as we learned more about the characters.

Queen’s ‘Somebody to Love” echoed through the hall as a call of loneliness while ‘Some Nights’ by Fun portrayed an element of self-reflection through the cast. 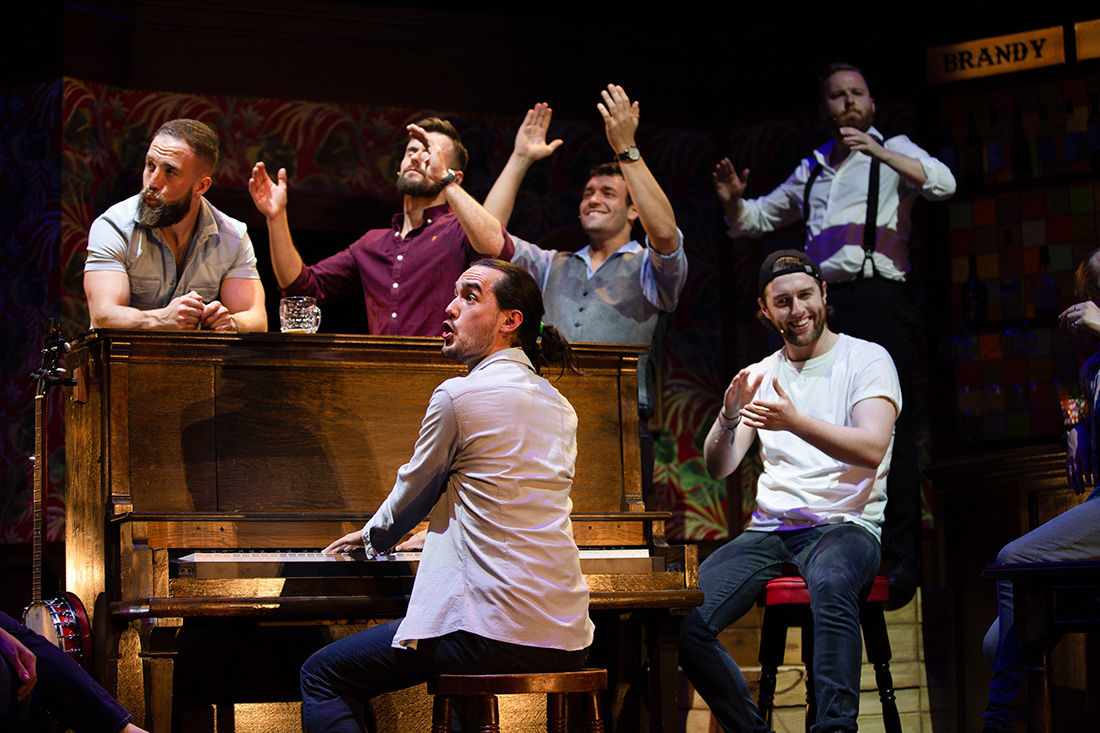 The choir close to the traditional Irish tune – “The Parting Glass”, leaving a warm exit and the heartfelt “Good night and joy be with you all”, which of course, it was.

But ultimately, the performance gave us a perspective of masculinity previously unseen.

One in which toxicity is removed and men put their heart and soul into their performance for themselves, not to one-up or show-up their fellow man. A performance that instils warmth, not just joy

The show was electrifying, joyful and transformative. I can’t remember EVER attending a Chicago show which made me smile or laugh for every single second during the 90 minute performance.

To call the Choir of Man show a 5 star show is the understatement of the century. There is no grade, or number of stars, to give to this amazing show.

What do the critics say?

When it comes to the arts, concerts or plays, critics can be incredibly brutal – but for The Choir of Man – it’s nothing but positivity with 5* reviews and praise throughout:

It just goes to show that some of the simplest ideas, when executed correctly with passion and dedication can be some of the greatest triumphs.

There’s an eclectic mix from old school rock n roll to modern favourites with a little bit of electronic dance music thrown in for good measure. No matter your taste, it’s hard not to like something in the setlist:

“Somebody to Love” – Queen

Running Time: 90 minutes, with no intermission. 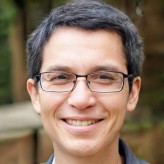 Jonathan is a world traveler, journalist and Chicago native. At CoolThingsChicago he covers the business and tech world in Chicago.