Home » Things To Do » The Blue Men Are Coming Back, but Chicago’s Commercial Theaters are in Trouble
Things To Do

Indoor gatherings of more than 50 people continue to be banned across Illinois and there is no end in sight. A hard timeline for returning full-sized live entertainment to the state is not on the table.

The fact is, the COVID-19 shutdowns have created a painful “new normal” for every aspect of the Chicago theater scene. Most obviously, Chicago’s commercial, for-profit entertainment venues are showing severe signs of stress.

June Proves to be the Breaking Point for Chicago Theater

June proved to be the breaking point, with the Mercury Theater, an elegant two-theater venue in the Lakeview neighborhood, closing down. L. Walter Stearns, the owner of the Mercury has declared his intention to sell the building.

The owner of the iO improv theater in Lincoln Park, Charna Halpern, is also closing shop. Facing a mountain of property taxes, business costs and a petition complaining about alleged racism at her theater, has also called it quits.

Second City was also placed in the crosshairs of cancel culture, following a series of tweets from a former performer and employee, accusing co-owner Andrew Alexander of “systemic racism.” As a result, the 76-year old Alexander has decided to retire, putting his share of the legendary comedy club up for sale.

North of the border in Canada, the venerable Cirque du Soleil is now massively in debt to the worldwide COVID-19 shutdowns. Cirque du Soleil has laid off thousands of performers and behind the scenes workers, as well as seeking protection from its creditors. 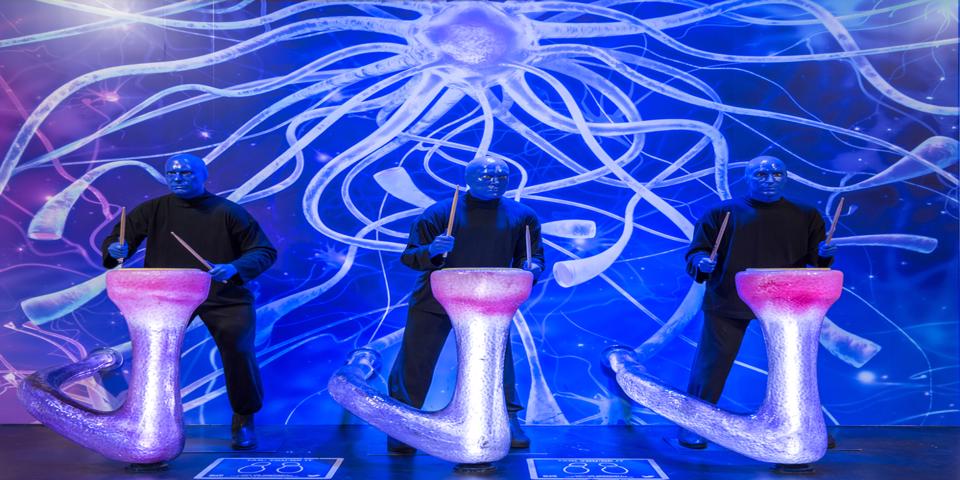 The downfall of Cirque du Soleil also places the future of the Blue Man Group into peril. The Blue Man Group is a very popular show that has been running for the last 23 years at Chicago’s North Side Briar Street Theatre. The group also has similar productions in New York and Las Vegas.

At this time, the Blue Man Group’s website indicates the Chicago production will resume on Friday, July 17. Reservations can be made beginning that Friday, with ticket prices set at $49-$79.

Right now, that is all that’s clear. However, it still doesn’t bode well for Briar Street, which has been shuttered, and without revenue, for months. And while the Blue Man Group usually packs the theater, with the mandated reduced theater capacity also means reduced income.

Can the Chicago Theater Scene Rebound?

Hopefully, the Mercury Theater is a nice enough venue that it can quickly find a new owner and reopen. Also, Second City artist, local writer, activist, and consultant Sheri Flanders is leading the effort to convince the city’s philanthropic groups to purchase the iO building and hand it over to a yet-unnamed group that intends to showcase BIPOC (Black, Indigenous and people of color) improvisers. It’s assumed this BIPOC group would be organized as a non-profit.

Cirque du Soleil will likely come out of the COVID-era in a more streamlined form, hopefully retaining its Blue Man Group franchise. As it stands, the original Blue Man Group must be counting themselves lucky to have cashed out before the COVID shutdowns shuttered all of their venues.

If you count all of the stages at iO and elsewhere, around a dozen Chicago theaters have their futures up in the air.

Chicago’s for-profit entertainment venues have been hard hit because they depend on packing the house with ticket sales. On the other hand, a non-profit theater can rely on its members and donors to see it through hard times. Furthermore, endowments can sometimes be tapped.

But that’s not true of for-profit theaters, which are entirely reliant on ticket sales, the bar and concession stand. The longer the never-ending closures and restrictions drag on, the more devastating the financial impact. Unfortunately, very few of Chicago’s entertainment venues had a lot of cash on hand.

The Case of Cirque du Soleil and the Blue Man Group

In the case of Blue Man Group, the Cirque du Soleil purchase meant their mid-sized operation was incorporated into a much larger group. With its monumental shows in Las Vegas, New York, Orlando, and across the globe shuttered for months, Cirque du Soleil has been unable to weather the storm. This is especially true, since the company had already been in debt.

Let’s also consider that, in addition to Blue Man, Cirque has also been a mainstay of the city’s cultural scene since the 1990s. In recent years, when Cirque du Soleil has pitched its tent next to the United Center, it’s provided a big boost for the Near West Side restaurants, bars, and paid parking lots. Last year, the Cirque du Soleil premiered its new holiday show in Chicago, which hopefully will return later in 2020.

No Help For Chicago’s For-Profit Theaters

Thus far, there has been little aid, other than the federal small business loans, for entertainment and cultural businesses. That includes the struggling Broadway in Chicago, a pillar of the Loop economy. That’s because the Arts for Illinois relief initiative only applies to non-profit cultural organizations and, in a small way, to individual artists.

While Governor J.B. Pritzker recently announced that the Department of Commerce and Economic Opportunity will distribute the initial $60 million installments of Business Interruption Grants, that money won’t even come close to solving the problems faced by the city’s for-profit theaters. That’s especially true given the duration of the shutdown and the current restrictions.

It’s definitely a tough time for Chicago showbiz, and unfortunately, there is no end in sight.

Xurro Factory Chicago Review: A Churro Like No Other

Best Consulting Firms
What We Cover